Southeast Asia, home to some of the world’s best beaches, amazing street food, wild orangutans, and nomadic indigenous tribes in the Bornean and Malaysian Jungles, a tailor-made holiday to the region enables you to take in different experiences – be that a train ride on the Eastern and Oriental Express or a Starclippers voyage around the South China Sea with the sails up and just the wind to listen to.

Our partner operators have been sending clients to Southeast Asia for decades and all with five-star service, you have everything to gain and nothing to lose by talking to us about your next Southeast Asian holiday.

Let our experts guide and advise you
Enquire Here

South East Asia is an all year round destination. Generally the dry season is November through to February when the weather is dry and cooler. Monsoon for most countries is June to October, but it varies by country and in many cases the rain will not stop your holiday enjoyment unless you are just after sun bathing as the rains tend to come for a couple of hours and then ease off again.

Most travellers choose November to February and so it is busiest and most expensive in those months. March to May is the hot season and June to October the rainy season.

Average temperatures are around 27 – 30 degrees and being mostly equatorial it is humid.

In Thailand and Vietnam the beaches are at their best in November to February. If you plan on visiting Bali or Malaysia’s East Coast ( e.g. Perhentian and Tioman Islands) then the best time to April to October.

Beach resorts in the wet season are open as generally it only rains for a couple of hours and then the sun comes out – with the added benefit that prices are cheaper and it’s less busy.

Click here for the latest travel advice from the Foreign & Commonwealth Office including security, local laws and passports. 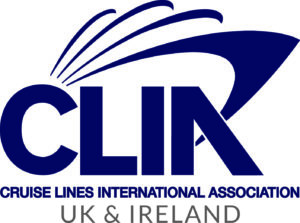 Made with ❤ by TMS

We use cookies on our website to give you the most relevant experience by remembering your preferences and repeat visits. By clicking “Accept All”, you consent to the use of ALL the cookies. However, you may visit "Cookie Settings" to provide a controlled consent.
Cookie SettingsAccept All
Manage consent

This website uses cookies to improve your experience while you navigate through the website. Out of these, the cookies that are categorized as necessary are stored on your browser as they are essential for the working of basic functionalities of the website. We also use third-party cookies that help us analyze and understand how you use this website. These cookies will be stored in your browser only with your consent. You also have the option to opt-out of these cookies. But opting out of some of these cookies may affect your browsing experience.
Necessary Always Enabled
Necessary cookies are absolutely essential for the website to function properly. These cookies ensure basic functionalities and security features of the website, anonymously.
Functional
Functional cookies help to perform certain functionalities like sharing the content of the website on social media platforms, collect feedbacks, and other third-party features.
Performance
Performance cookies are used to understand and analyze the key performance indexes of the website which helps in delivering a better user experience for the visitors.
Analytics
Analytical cookies are used to understand how visitors interact with the website. These cookies help provide information on metrics the number of visitors, bounce rate, traffic source, etc.
Advertisement
Advertisement cookies are used to provide visitors with relevant ads and marketing campaigns. These cookies track visitors across websites and collect information to provide customized ads.
Others
Other uncategorized cookies are those that are being analyzed and have not been classified into a category as yet.
SAVE & ACCEPT
Powered by